Get The Only Ebook On GTM Data Layer Ever Published (100+ pages). Learn & Master Data Layers

Before you can track YouTube videos, you need to embed them on your web page(s):

This article is not about tracking videos hosted by other video hosting players like: ‘Vimeo’ or ‘Wistia’.

However, you don’t need to worry about understanding the YouTube Player API. I have done all of the hard work for you. You just need to understand and use my video tracking script.

Despite its shortcomings, this is the best video tracking script I have found so far. I am just building upon the work done by ‘Cardinal Path’ and give them the full credit for it. 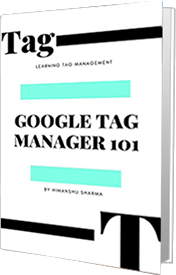 Step-2: Check whether YouTube video is embedded on a web page

Following is the code, which you need to copy-paste, into the ‘custom JavaScript’ variable text box:

#2.2 Create a new folder named ‘YouTube Video Tracking’ and add this variable to it:

By adding the variable to a folder, it becomes easy to find this variable later for editing/debugging purposes.

#2.3 Click on the ‘Save’ button to complete the process of creating the new variable.

Create following new trigger named ‘Pages on which one or more YouTube videos have been embedded‘, which fires on a DOM load (Pageview – DOM Ready) and when a YouTube video is embedded on a web page:

Add the trigger ‘Pages on which one or more YouTube videos have been embedded‘ to the ‘YouTube Video Tracking’ folder so that it becomes easy to find/edit it later:

Here is what my video tracking script does, in a nutshell:

Event Action: <URI of the web page on which a user interacted with one or more videos>

Copy the YouTube Video tracking code from here. You may need to customise this script if it doesn’t work the way you would like to, on your website.

Step-5: Push video player states as events into data layer whenever a video is played or paused

Copy-paste the video tracking script we created/customised in step 4, into the HTML text box as shown above.

Click on the ‘save’ button to complete the custom HTML tag creation process. Add this tag to the ‘YouTube Video Tracking’ folder so that it becomes easy to find/edit it later.

Get The Only Ebook On GTM Data Layer Ever Published (100+ pages). Learn & Master Data Layers

Add all of these variables to the ‘YouTube Video Tracking’ folder so that it becomes easy to find/edit them later:

Create the following new trigger of type ‘custom event’ which looks for ‘youtube’ event key in a data layer.

The ‘youtube‘ event key is pushed into the data layer only when the YouTube video player state is tracked.  This trigger will later be required while sending YouTube video event data to Google Analytics.

Add this trigger to the ‘YouTube Video Tracking’ folder so that it becomes easy to find/edit it later.

This is the tag that will send all the interactions with YouTube video player as events to your Google Analytics reports. Add this tag to the ‘YouTube Video Tracking’ folder so that it becomes easy to find/edit it later.

#8.1 Click on the plus button next to ‘Category’ text field:

#8.2 Select the ‘Pull Event Category from the data layer’ variable:

Preview and debug your new tags, create a new container versions and then publish it.

# Go to a web page on which you have embedded a YouTube video and then play and pause it.

# Check the real-time ‘Events‘ report to see whether your Google Analytics is capturing the video events:

Other articles on specialized tracking in Google Analytics