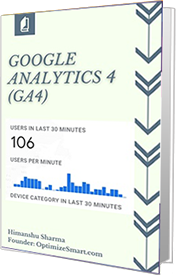 Google Analytics 360 (or GA premium) is one of the tools provided by Google Marketing Platform.

GA 360 is the paid version of Google Analytics which is meant for big companies that can afford to spend tens of thousands of dollars on an analytics tool(s).

#4 Cross-property roll-up reporting is available only in Google Analytics 360 and not in standard GA. This is a special feature that lets you aggregate data from multiple source properties into a single GA property.

#5 Advanced, customisable funnel reporting is available only in Google Analytics 360 and not in standard GA. Custom funnels are one of the features in Google Analytics Premium only. This will let you know how exactly users are navigating on your site and the steps that they are taking to complete a conversion. Custom funnels let you analyze the loopholes in the process of checkout if the users are getting dropped off during the checkout process.

Data freshness is how long it takes Google Analytics to collect and process a hit (pageviews, screenviews, events, ecommerce, social, user timing, exceptions) from your property, and then make the data available via the Google Analytics interface or API.

If that process takes 1 hour, then data freshness = 1 hour.

#11 You can’t rely on standard Google Analytics for a large amount of data processing and high accuracy. Google Analytics 360 can handle websites that get 500 million+ hits /month as opposed to just 10 million hits per month supported by GA standard.

#16 Access to raw data is available only in Google Analytics 360 and not in standard GA.

#17 Access to dedicated support specialists, analytics training and on-demand customised reporting is available only in Google Analytics 360 and not in standard GA.

#18 Google Analytics works on a hybrid model, which means it provides free services which can be used by small business owners and paid services that can be used for large scale industries. Standard GA is free to use. Whereas Google Analytics 360 is paid service which comes with a service level agreement and guarantees that covers: data collection, data freshness, data reporting, higher data processing limit and access to dedicated support specialists. Based on the hits sent to Google Analytics servers, it is invoiced monthly.

#20 Google Analytics premium comes with a dedicated account manager and support staff that can help with any issues related to data and reporting. Whereas, with the free Google Analytics customers need to refer to the self-service help centre and community forums.

Google Analytics 360 customers are invoiced monthly and the billing is based on hit volume. Analytics 360 suite can cost you at least $150,000 per year.